What to see in Hacienda del Álamo Golf Resort

An ideal area to visit a great diversity of tourist sites 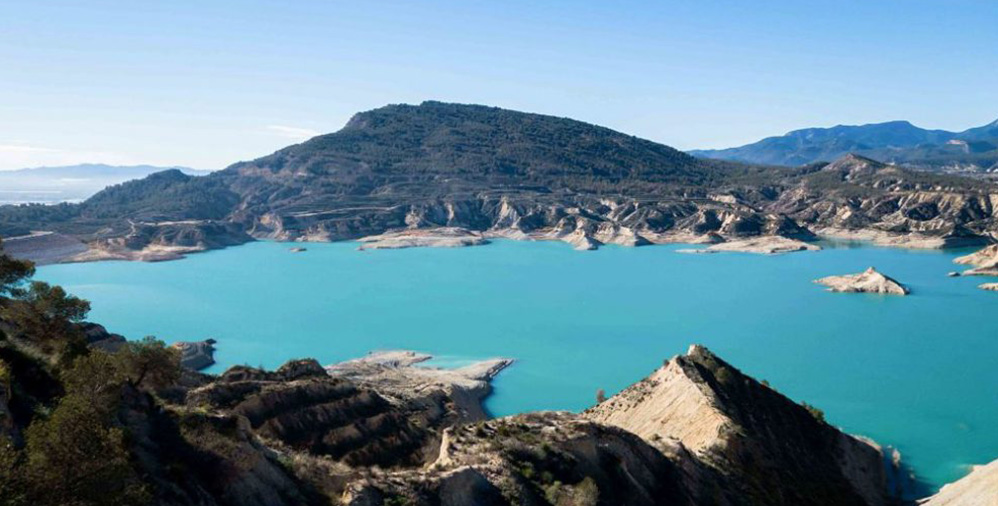 The Sierra Espuña Regional Park is located at the eastern end of the Bética Mountain Range, in the centre of the Region of Murcia. With an extension greater than 19,000 hectares, it extends through 5 municipalities: Aledo, Alhama, Mula, Pliego and Totana.

Its formative age is about 20-30 million years ago. It has a very rugged topography and an important slope, which ranges from 200 to 1,500 meters, generating large valleys, ravines and peaks. Among its highest peaks, we find the Morrón de Alhama (1,444 m), the Pedro López (1,568 m) and the Morrón de Espuña (1,583 m), the highest point of the sierra.

A magical place full of nature and history where you can enjoy natural and cultural values in a Protected Natural Area. 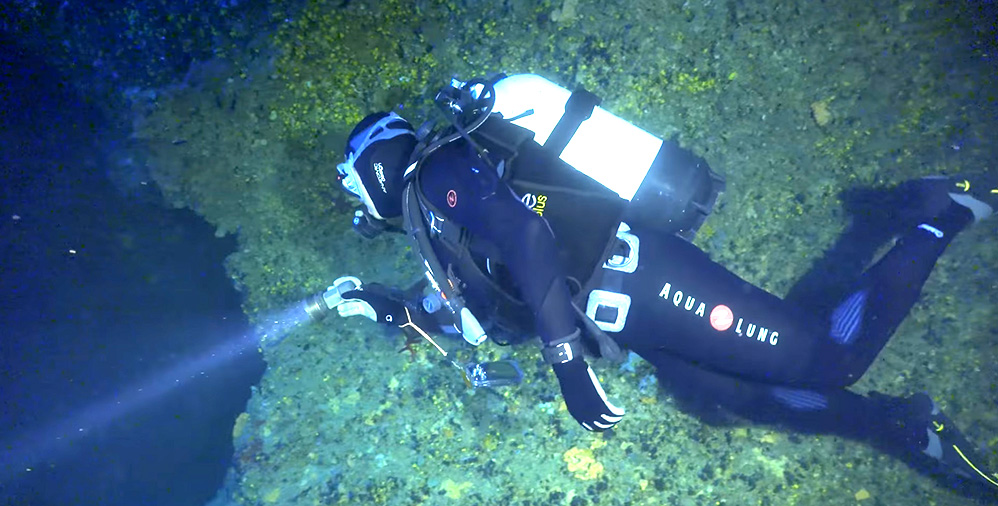 Cabo de Palos is a cape of Spain in the waters of the Mediterranean Sea, and a population that is located in the municipality of Cartagena, in the Region of Murcia. Orographically, the cape is part of the last foothills of the Betic mountain ranges of the Nevado-Filábride complex formed by Palaeozoic micachists.

The marine reserve of Cabo de Palos-Hormigas Islands is one of the areas of greatest underwater diversity in Europe, which is now 20 years old, when for its algae, corals, immense variety of fish and even cetaceans in transit to the Atlantic have earned the title of the continent’s best diving destination. 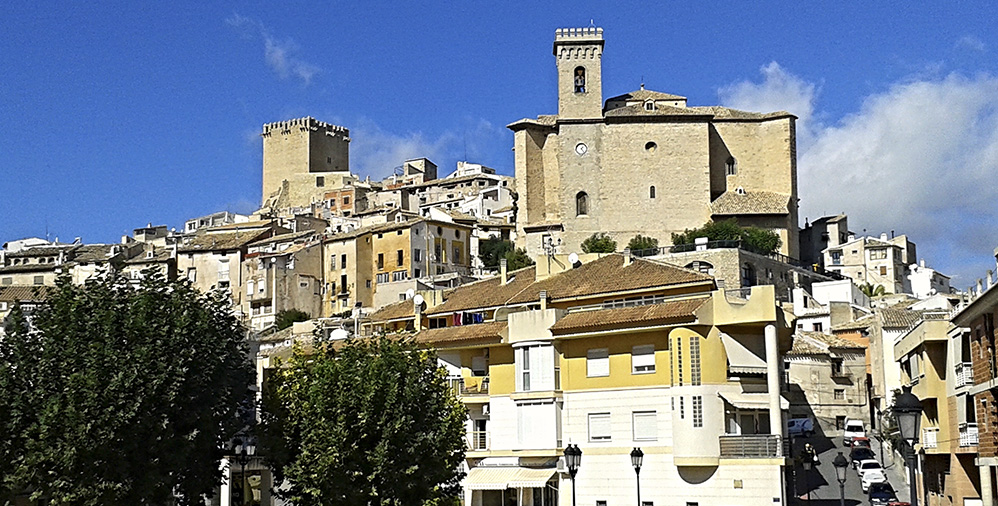 Moratalla is a Spanish municipality belonging to the Region of Murcia, located in the noreast. Its original name as indicated by various authors comes from Roman times, specifically from the place name Murata tallea.

Perched on a beautiful hill topped by the remains of a castle and its well-preserved keep, it could be said that the whole moratallero complex is monumental thanks to its corners and the narrow layout of its steep streets, full of history and antiquity. Artistic rock manifestations of great relief, together with remains of Iberian, Roman and medieval settlements, are vestiges of the ancient human occupation of these lands.

Encañizadas are a type of artisanal fishing used in coastal lagoons. The art of fishing consists of forming circular labyrinths in which fish enter, but do not come out; These labyrinths are built with canes and nets. In this way you can capture some species such as sea bream, mullet and in smaller quantities the magre, and sole. It is a system that is very selective with the species and located in the working time, providing a large number of specimens.

Las Encañizadas are located in a natural area, since they have not undergone any modification, remaining almost intact through the ages. In this place is where the Mediterranean Sea communicates with the lagoon of the Mar Menor through two golas of the five that are in La Manga. 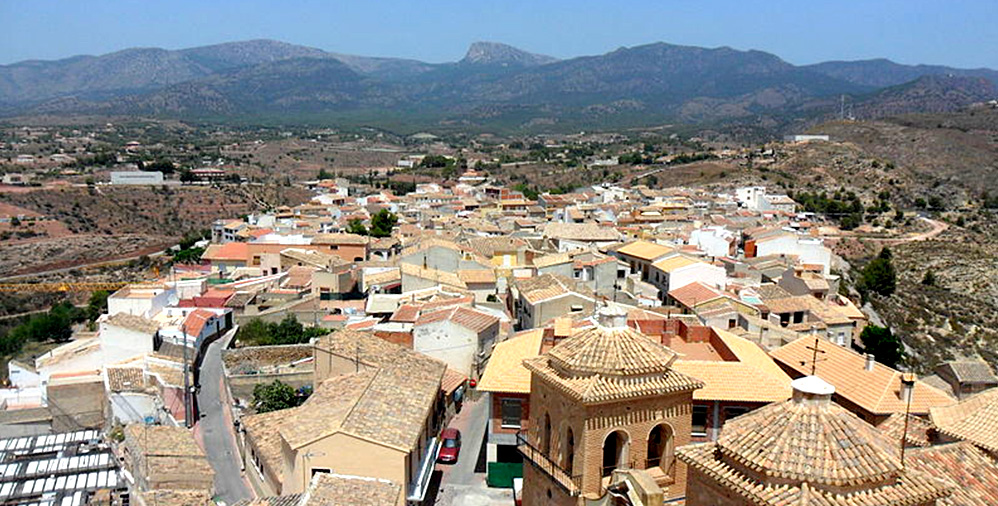 The first news about Aledo dates back to the tenth century, advanced and the Muslim domination, which places a fortified position in the place. This town becomes a fortress around the eleventh century dominated and carried out by Christian population. Aledo, his castle, aljama, villages and dependencies are delivered by Alfonso X El Sabio, (who is believed to have written some of his games in said castle) to the Master of the Order of Santiago, Palay Pérez Correa, as a reward for their victories against the Muslims.

In an imposing and beautiful enclave, on an amesetado hill of steep slopes, Aledo is presented to the visitor offering all the protagonism to his hallmark: The Tower of Homage. It is the most important geological route in the region, which extends to the amazing Estrecho de la Arboleja, a canyon of about 500 m. of travel, whose walls exude water, with barbecue area, fountain and roof. Ideal place for hikers. 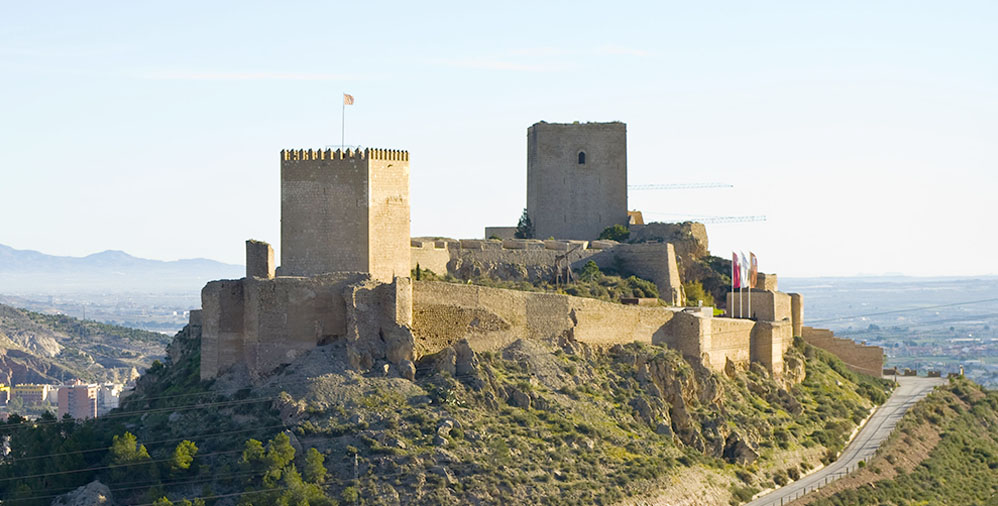 Lorca is a city and Spanish municipality belonging to the Region of Murcia, located in the Alto Guadalentín region in the southeast of the Iberian Peninsula. It is the third population in importance of the Region of Murcia after Murcia and Cartagena, with 93 079 inhabitants (INE 2018); of them, 59 397 inhabitants correspond to the urban area and the rest to their numerous districts, distributed throughout the length and width of the 1675 km² of municipal term, 8 the second most extensive of Spain after the one of Cáceres.

Declared a historical-artistic complex in 1964, in Lorca, the visitor is always well received. Its people, the kindness of its climate in the four seasons of the year, its restaurants and hotels, its tourist infrastructures are perfectly arranged for the traveller, expanding its tourist offer to rural tourism, with more than 500 accommodation places, which has in this municipality a good exponent given the ample of its municipal term, its numerous districts and the proximity to numerous mountain ranges, some of the last redoubts of virgin coast and spaces of a great landscaping beauty. Lorca is, without a doubt, an essential place that you can not miss. 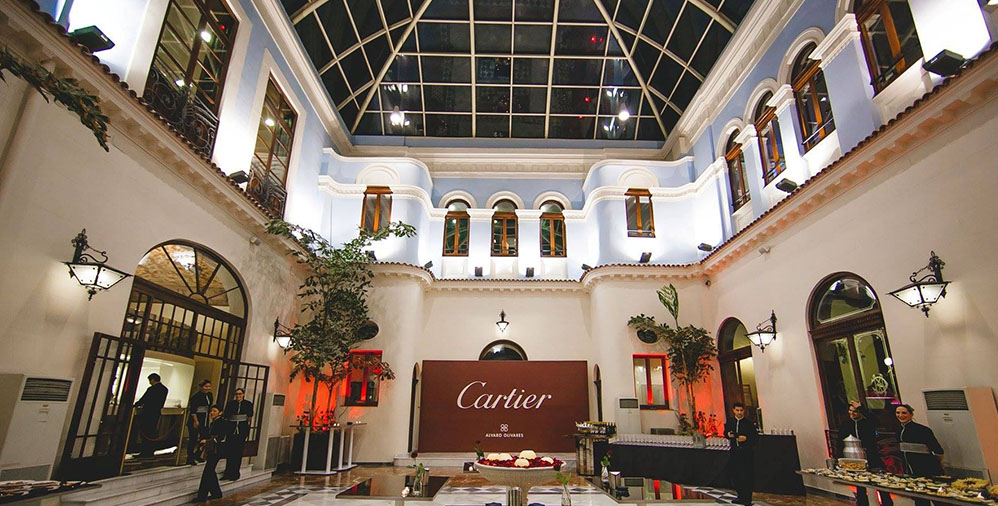 The Real Casino of Murcia, commonly known as Casino de Murcia, is one of the most emblematic buildings of the city of the same name, capital of the Region of Murcia. It is located in the centre of it, in Trapería street, not far from the cathedral.

Formerly the cultural casinos were used mainly by people of high social status. This dates from 1847 when a group of bourgeois partners sought a place of leisure and recreation, although it was not until 1853 when they occupy the current space of the house of the Count of Campo Hermoso. The Casino has undergone successive reforms over time, which have led to beautiful interior spaces such as the Ballroom, the Congresillo, the Ladies’ Dresser or the beautiful library. 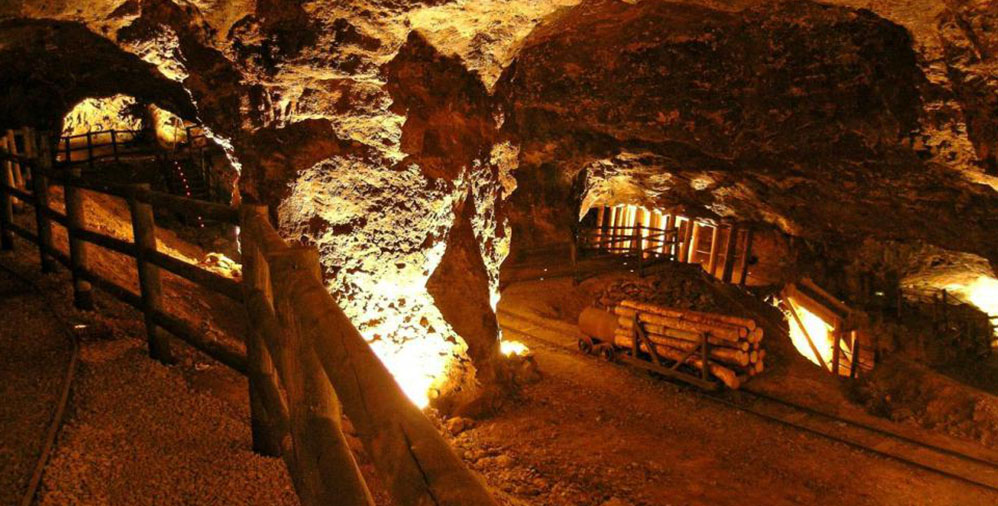 The mining sierra of Cartagena-La Unión is a mountainous formation that stretches east-west along 26 km of coastline from the city of Cartagena to the Cabo de Palos, passing through the municipality of La Unión, in the Region of Murcia.

Discover a legacy that represents the living memory of history and those men who worked in the the Sierra Minera.

The visit takes approximately two hours, starting at the Interpretation Center of the Park, where a video is projected that helps to better understand the history of La Union. The tour begins in a Mining Train, from where you can see the attractions related to mining and culminates with the visit to the Mina Vicesta Group, as the main attraction of the Park. Once the visit to the Mine is made, you will return to the interpretation center in the Mining Train, where you can buy souvenirs of the places visited. 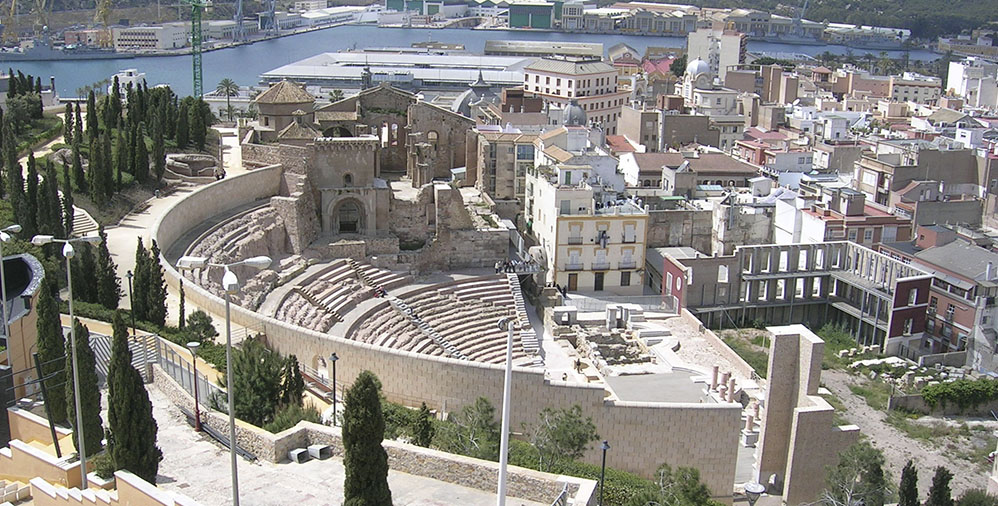 The Roman theater of Cartagena is a Roman theater, built between the years 5 and 1 a. C. in the city of Carthago Nova, present Cartagena. It had capacity for about 7,000 spectators, and was in use until the third century, from which several buildings were superimposed.

The restoration project of the Roman Theater of Cartagena has contemplated the integration of the remains in the urban fabric, as well as its proper conservation and exhibition for educational and cultural purposes.

In addition, the considerable wealth of the pieces found during the successive excavation campaigns in the Theater has offered the opportunity to provide the city with a new museum space, the Museo del Teatro Romano, which not only serves as an adequate exhibition framework, but also , in the brilliant conception of the architect Rafael Moneo, leads visitors to the interior of the monument, turning the Roman Theater into its last great room. 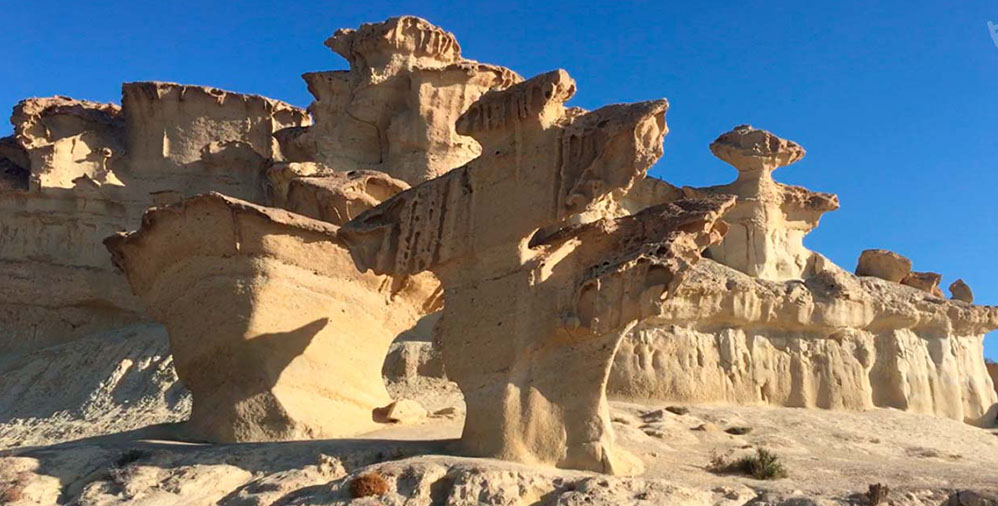 Oceanfront; the wind, the sea and the rain have worked over millions of years extravagant forms that have a great visual and photographic appeal. In addition, they serve as a gateway to the virgin beaches that connect Bolnuevo with the town of Puntas de Calnegre (Beach belonging to the Municipality of Lorca).

The town of Bolnuevo Mazarron, is known for its enchanted clay and the beauty of its coves. Surveying this small bay that forms the Bolnuevo coves, is the island of the wolves. The access to this island is prohibited, as the place is classified as a ZEPA (Special Bird Protection Area)

The Ricote Valley, also known as the Morisco Valley, is a historic area of Murcia region, in Spain, located to the north of the Region and in the middle basin of the Segura River. It is integrated by the municipalities of Archena, Ojós, Ricote, Ulea and Villanueva del Río Segura.

A fertile plain anchored in its Arab heritage, which shows, in addition to its irrigation systems, its many vestiges. The peaceful flow of the river ,through meanders of poplars and willows, hiding behind them a sea of fruits, vegetables and vegetables. 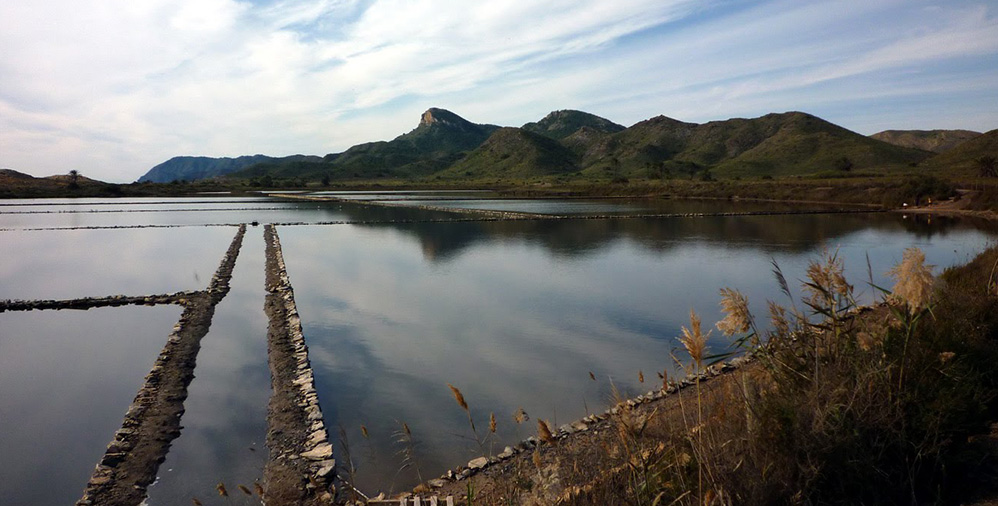 The Calblanque Regional Park is located at the eastern end of our coastline, between Cabo de Palos and Portmán. This enclave is characterized by the great diversity of environments that converge in it, with pine forests of Aleppo, bushes, wadis, sands, dunes, paleodunas, coves and cliffs, as well as an endorheic basin in which are the Salinas del Rasall (wetland included within the Mar Menor ZEPA).

You can enjoy the beautiful landscapes of Calblanque strolling along the beach and the marked trails, feeling the smell and the sound of the sea or watching the birds in the fauna observatories.

Other Types of Properties

This website uses cookies to improve your experience while you navigate through the website. Out of these cookies, the cookies that are categorized as necessary are stored on your browser as they are essential for the working of basic functionalities of the website. We also use third-party cookies that help us analyze and understand how you use this website. These cookies will be stored in your browser only with your consent. You also have the option to opt-out of these cookies. But opting out of some of these cookies may have an effect on your browsing experience.
Necessary Siempre activado
Necessary cookies are absolutely essential for the website to function properly. This category only includes cookies that ensures basic functionalities and security features of the website. These cookies do not store any personal information.
Non-necessary
Any cookies that may not be particularly necessary for the website to function and is used specifically to collect user personal data via analytics, ads, other embedded contents are termed as non-necessary cookies. It is mandatory to procure user consent prior to running these cookies on your website.
GUARDAR Y ACEPTAR
We call you